Yesterday afternoon, three Dotterel were reported just south of Ditchling Beacon. Later in the day, many birders had seen the birds however I couldn't get out of work so I had to wait till the morning. Over the last two years or so I have put in a lot of effort trying to find my own in Sussex. I've walked Steepdown and Balsdean several times at the right time of year however never had any luck. They've always been a bird I've really wanted to see in the county and this wasn't an opportunity to miss with the last twitchable trip of Dotterel in Sussex being in 2013 near Saltdean.

I woke up early and got to Ditchling Beacon for around 06:45am. I knew what field to look in however despite several careful scans of the field there were no sign of them. I was gutted and was convinced they had gone perhaps not helped by working last night and watching the cloud clear throughout the night. After convincing myself they weren't there, I gave up and headed home and literally as I sat down to have breakfast, my phone went off  'three Dotterel in field to east of where they were yesterday'. That was it, I legged it out the door forgetting all about breakfast and drove straight back. Luckily the second visit of the morning produced lovely views of these delightful waders. At times, very well hidden with their plumage blending into the stubble field where they became almost invisible at times.

Hopefully this field/area will become a regular site for trips of Dotterel in springs/autumns of years to come! 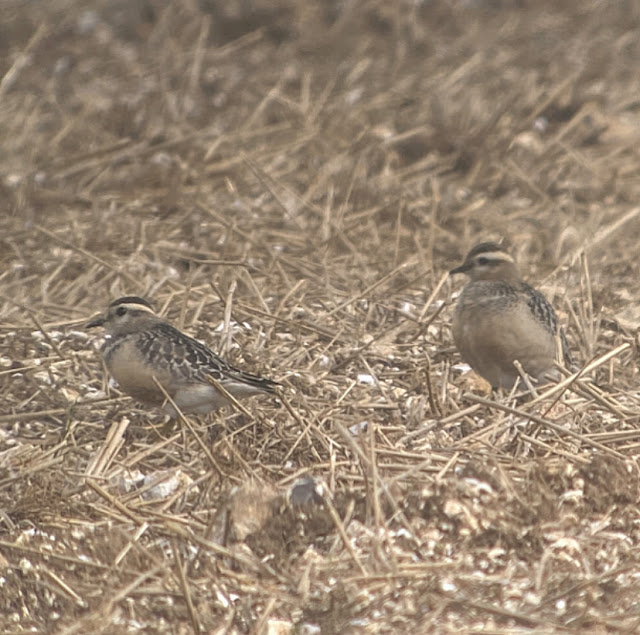 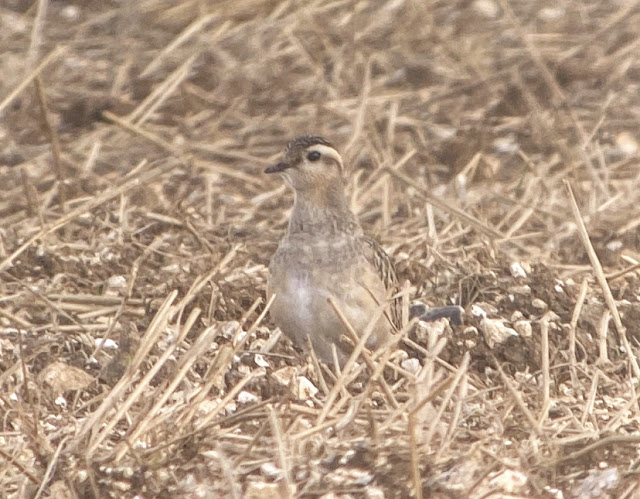